In September my in-laws came out to take Joe and I on a little vacation to Victoria and the Olympic Peninsula. On Thursday after work we drove to Port Angeles and stayed the night there so we’d be able to take an early ferry to Victoria. On the way we ate at Sogno di Vino (I do not recommend), an Italian restaurant in Poulsbo.

On Friday we took the Coho ferry to Victoria from Port Angeles and drove straight to the Craigdarroch Castle since our hotel wasn’t ready for check-in. After doing a self-guided walking tour of the castle, we parked near our hotel and walked to Fisherman’s Warf for a fish and chips lunch at Barb’s. The food wasn’t great but there were some adorable seals who swam up to the dock who had the employees of a fresh-fish vendor very well trained. Afterwards, we walked up Government Street, did some sight seeing and souvenir shopping, visited a book store and comic shop, and finally checked in to the hotel and took a much needed nap. We stayed at Gatsby Mansion. It was right off the ferry ramp and a real dream of a house.

We ended up having dinner at 10 Acres. We ended up eating really late and I was hangry in the worst way. I had the Tagliatelle dish with a Blue Buck by Phillips Brewing and it was SO GOOD. I highly recommend this restaurant and hope to go back when I visit Victoria again.

On Saturday we ferried back to Port Angeles then drove to the Sol Duc Resort where we stayed for that night. The accommodations were fine but way, way, way overpriced. While we waited for our rooms to be ready, we hiked to Sol Duck (yes, this one has a “k”) Falls (very pretty). That afternoon we joined the masses in the hot spring pools they have at the resort. It was okay but pretty underwhelming and very smelly. We ate at the restaurant there at the resort and the food was surprisingly very tasty. I had the Roasted Draper Valley Chicken and this, too, was a fantastic meal. 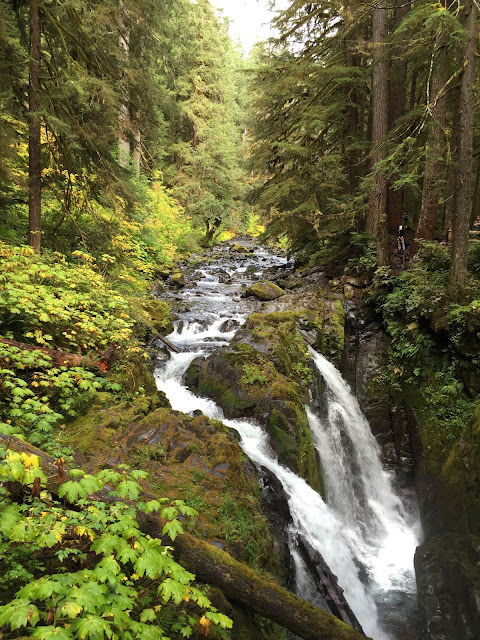 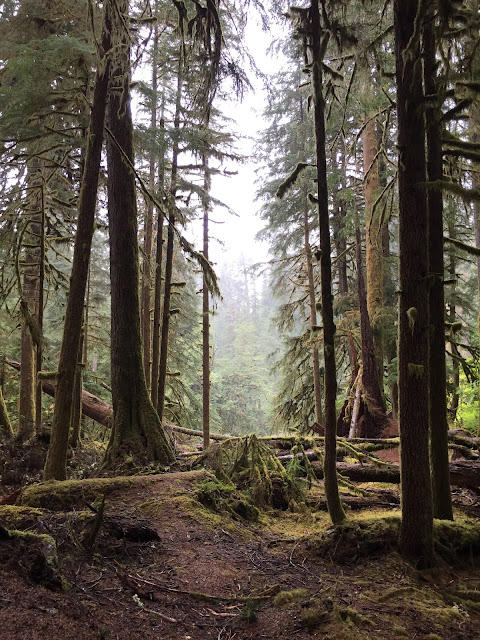 Sunday breakfast was had at the resort as well (biscuits and turkey sausage gravy with sweet tea) before we drove to the Quileute Reservation to stay in La Push. We got there around lunch time and had several hours until check in, so we drove to the Hoh Rainforest and hiked the Hall of Mosses trail. It was a beautiful hike and I highly recommend it!

After checking in to the resort (the term is loosely used, but the cabin was really awesome), we walked on the beach that was right in front of our cabin then had dinner at River’s Edge Restaurant, which is on the reservation. This is definitely a more humble tribal community; they don’t have a casino or large resort to pull in revenue so I was a bit skeptical about the restaurant. It was amazing. Joe and I shared clam chowder (my first!) to start then I had the Smoked Salmon Fettuccine Alfredo. Holy cow. They were so very generous with the smoked salmon and it was so, so tasty. We all loved our meals and highly recommend this restaurant as well.

We headed back to Seattle on Monday and since the weather was pretty nice we took a side trip to Hurricane Ridge. We had about 5 minutes of clear views before the fog and clouds rolled in.

On this trip I decided to not take my DSLR and try out just using my iPhone for all of my photos. It’s something I’ve wanted to try for quite a while and I went for it. I am pleased with how they turned out and now know if I leave it on a future trip I won’t miss out on good pictures.

If I were to do this trip again or have a suggestion for someone else doing something similar, I would recommend not moving around so much. I’d suggest to skip staying at Sol Duc (you can buy a pass to go in the hot springs if you really want to do that) and instead stay two nights on the Quileute Reservation. It was overcast the whole trip and raining for some of it but we still had a great time. Just bring your rain boots!