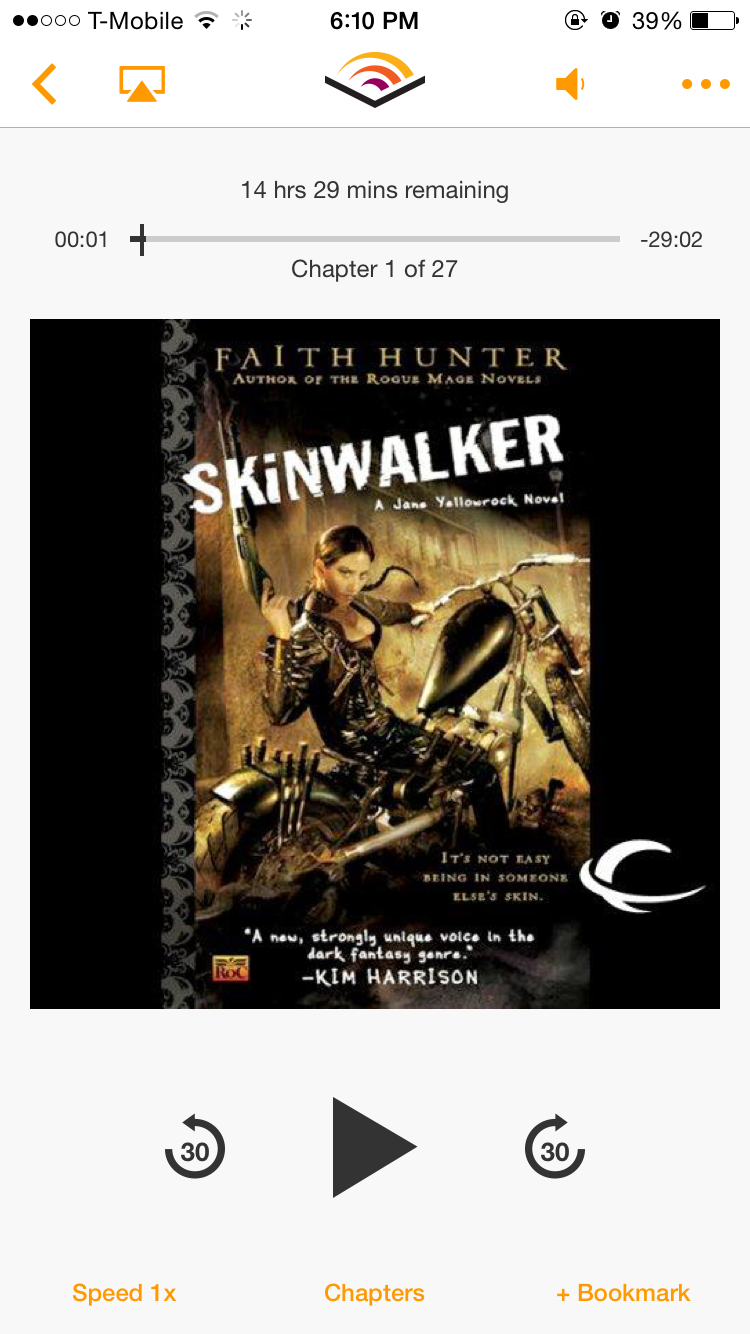 I bought Skinwalker in December when Audible was running a sale. It sounded like a neat idea: Jane is a skinwalker (shifts into animals) of Cherokee descent who is called to New Orleans on a job to hunt a rogue vamp who has been terrorizing the city.

Along with the great premise, the supporting characters bring this world to life.
Perhaps the most interesting aspect to me is that Jane has the soul of a mountain lion, Beast, living inside of her. When Jane shifts into Beast, the story becomes from her point of view and Khristine Vham (the narrator for the audio books) does SUCH an amazing job vocally that I just don’t know what words will give her performance justice. I hear her in my mind saying “stupid humans” or “kits” and I am instantly back in the story. I have tried to tell people about how she reads Beast but if you aren’t familiar with the story it doesn’t translate well and I end up feeling really silly.
This world has such character (read: a lot of French words and names) that I feel it really helps to listen to the story to get the pronunciations, but on the other hand I feel like I am missing out by not seeing certain names or phrases. I just find myself wondering what some things look like on the page. I may end up buying a mass market copy just to flip through. This site lists many of the names in the stories and is a good find.
I like this series even more than I did Kim Harrison’s The Hollows, which is saying a lot. I think this is because it is a newer series; I felt like a lot of things in The Hollows were dated and cheesy. And for what it’s worth, the Yellowrock books have less sexy times than the Hollows books.

I have finished reading all 8 books that are currently out in this series and am now listening to Cat O’ Nine Tales, which is a compilation of short stories about different characters in the series. The back story is great. Dark Heir, book 9, is scheduled to come out in April.