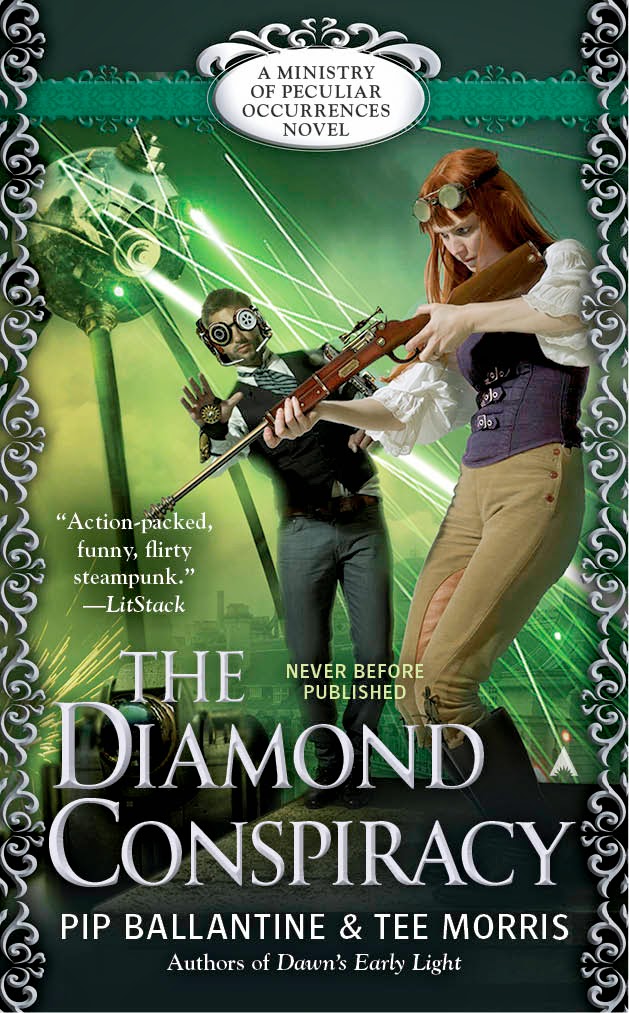 The Ministry of Peculiar Occurrences goes through quite a time when the Department of Imperial Inconveniences (“The Department”) is set on following orders to kill all of the Ministry agents. Our two main characters, Eliza Braun (Ministry Agent) and Wellington Books (Ministry Archivist), find themselves with their hands full exploring a relationship between each other, getting to the bottom of the Department’s new orders, and trying to solve a kidnapping of one of the Ministry Seven.

The Ministry Seven is a group of eight kids that Eliza has taken (mostly) off the streets and under her wing, serving as her eyes and ears around London. The Ministry Seven, Eliza, Wellington, and Alice, Eliza’s maid, travel all over Europe looking for a running from agents in the Department. This book reminds me of Doctor Who after Clara joined the picture; quite theatrical. Don’t get me wrong, I enjoyed it very much (almost as much as the first three in the series), but it was a bit over the top for me. In any series there are bound to be some books you prefer more than others, and this just isn’t one of them for me. That said, I do immensely enjoy this series and highly recommend reading it if you’re looking for an awesome Steampunk adventure. The first book can be found here.

The Diamond Conspiracy is the fourth book in the Ministry of Peculiar Occurrences series by Pip Ballantine and Tee Morris and will be released on March 31, 2015. I received and early copy of this book for free through NetGalley in exchange for an honest review.