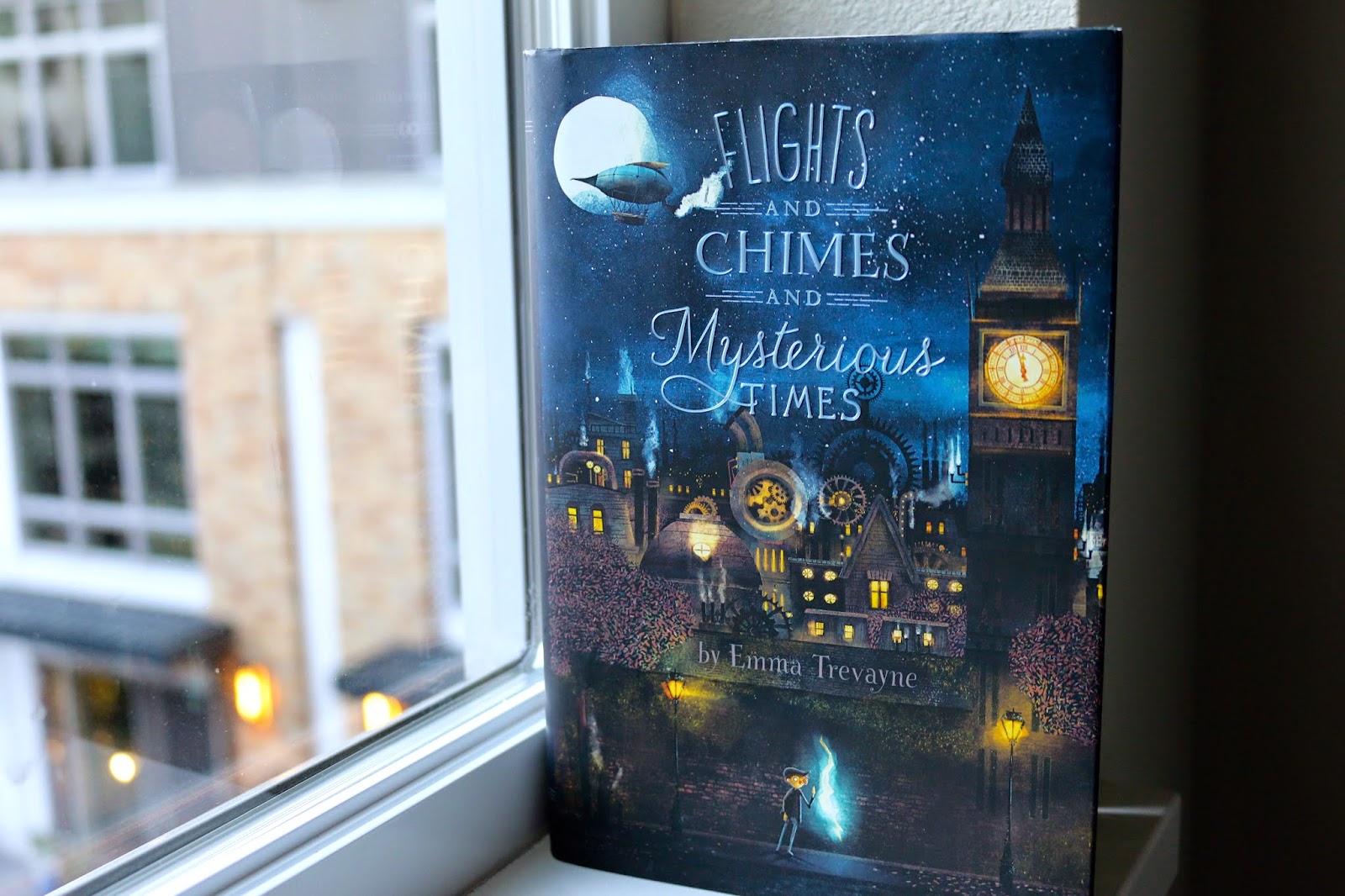 Flights & Chimes & Mysterious Times follows Jack Foster, a young boy from Victorian London. He spends most of his time away at boarding school, readying taking over the family business from his father when the time comes. Consequently, he has a pretty cold and distant relationship with his parents and finds that Mrs. Pond, the woman who cares for Jack, is the most affectionate with him. One day, Lorcan Havelock, a magician/spiritualist, comes into his mother’s life to replace the previous one for a social group she meets with.

He seems to show an unusual interest in Jack and one day he asks Mrs. Foster if Jack may attend the magician’s school he is associated with as an apprentice rather than the regular boarding school he currently attends. Jack eavesdropped on the conversation and when he hears his mother decline, Jack becomes very upset with her.

While out enjoying London one day with Mrs. Pond, Jack spots Mr. Havelock and follows him into a secret door at the base of Big Ben. It turns out that this door, when entered at a certain time, is a magical gateway to Londinium, a city that has been build to be very much like London. We find out that Mr.Havelock’s reason for wanting Jack is so he can be the son for the Lady, Londinium’s ruler.

Londinium is filled with steam, pollution, and magic. Because of the bad conditions (pollution wise), many people have metal body parts to help them breathe. There are also excellent prosthetics for limbs, eyes, and other body parts. They have found a way to give these parts life so they move very well with the host body and are not simply attached to it.

Because of the ability to give the body parts life, impressive automations of all sorts of animals, servants, and faeries have been created. It also seems that many of these creatures are native to the island that Londinium is on (it was pretty unclear in the book, but some myths about them go way back).Jack finds out that one of these creatures is the key to getting him back home again after his doorway is destroyed.

Overall, I really enjoyed this book. I would have liked a liittle more at the end, but it ended well enough. Beth and Dr. Snailwater were excellent supporting characters and I like how we got a little background for each of them. It is a great stand alone novel, yet there’s plenty to work with if the author decided to do a second book or make it into a series.