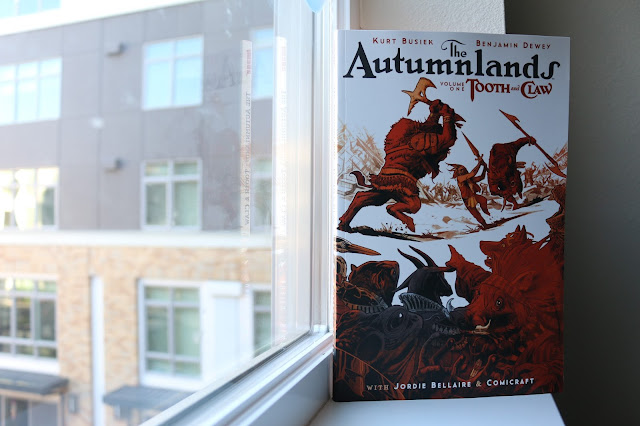 Magic is failing in The Autumnlands so Gharta creates a spell to bring the Great Champion to their world so he can restore their magic. They weren’t able to give the spell enough power so it took from the city’s reserves, thus causing it to fall from the sky. Many died, and an attack from Seven-Scars and his bison tribe cause even more destruction. Learoyd, the Great Champion, was successfully brought into the Autumnlands and helps save the city from the bison. Dusty, our main character, naturally trusts people but is quickly learning that others are not always how they portray themselves.
I was so happy to find the Autumnlands. There just aren’t enough fantasy comics out there and this is a fantastic one with magic, anthropomorphic animals, more magic, more animals, and the most amazing illustrations around. Seriously! If you like them as much as I do, check out other works by Benjamin Dewey: I Was the Cat and The Tragedy Series. 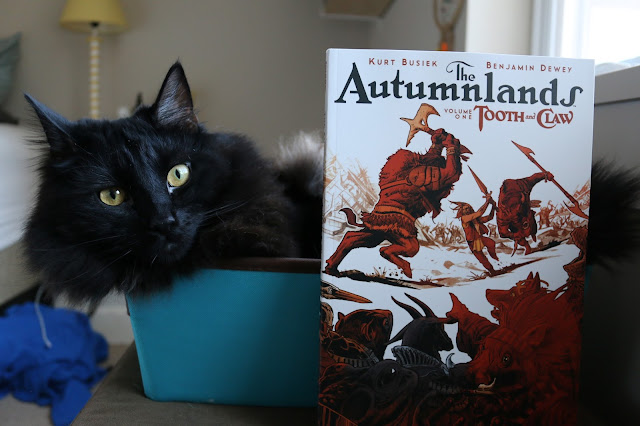