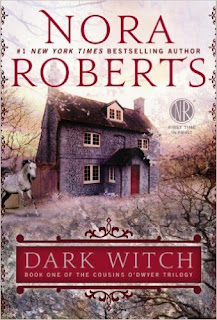 Oh god I was so happy when this story was over. Dark Witch is the worst Nora Roberts book I have ever read; I didn’t even know she could write them this horribly. And the narrator, the narrator! What a grating voice in all of its forms. She sounds like an enthusiastic theater student on the verge of an orgasm.

The bones of the story itself were good: an American woman moves to Ireland to meet her cousins. It turns out they are descendants of a powerful witch and her three children. They tried to defeat an evil warlock and failed, so it now falls on the three of them to finish him. Such potential.

So, the bones are good but the meat is rotten. The words she used and the way we see characters fall in love… it’s very… old fashioned. In a terrible, hokey way. Maybe someone 50+ would be into it? I will definitely not be finishing this trilogy.