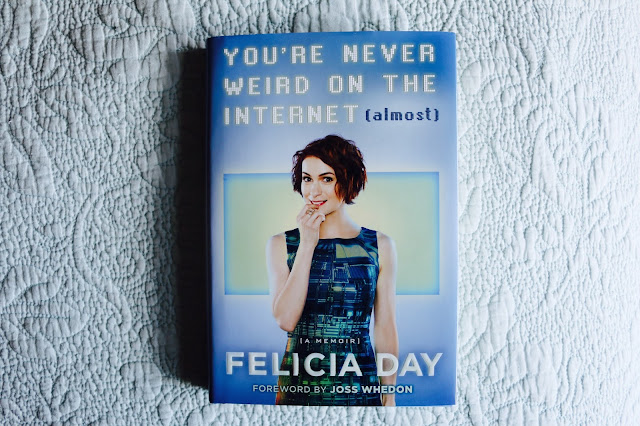 You’re Never Weird… shares interesting background of Felicia Day. Before reading, I didn’t really know anything about her and really only picked up her book (and started watching The Guild!) after a friend asked if I wanted to go to her book signing here in Seattle. I’m so glad I agreed to go because otherwise I probably wouldn’t have read this hilarious and inspirational book about a weird homeschooled nerd from the south, who is also a genius because she double-majored in Violin (or in Music? Whatever) and math (ew) and still graduated with a 4.0 GPA.

I did like reading about how she grew up, but what I really liked is that she’s just a normal person who worked really hard for what she wanted, even though she fought herself the whole way and wanted to give up, she didn’t, and she accomplished her goals the old-fashioned way. With dedication. What I like even more is that she created a career for herself out of nowhere. She also has had to deal with a lot of crap from people (mostly about being a poser gamer) that would be extremely hard to get over while still doing what you have been all along. So we have a funny, smart, nerdy girl who is getting shit for being a pioneer for doing what she does. Makes sense.

I highly recommend this book! It is a great read.