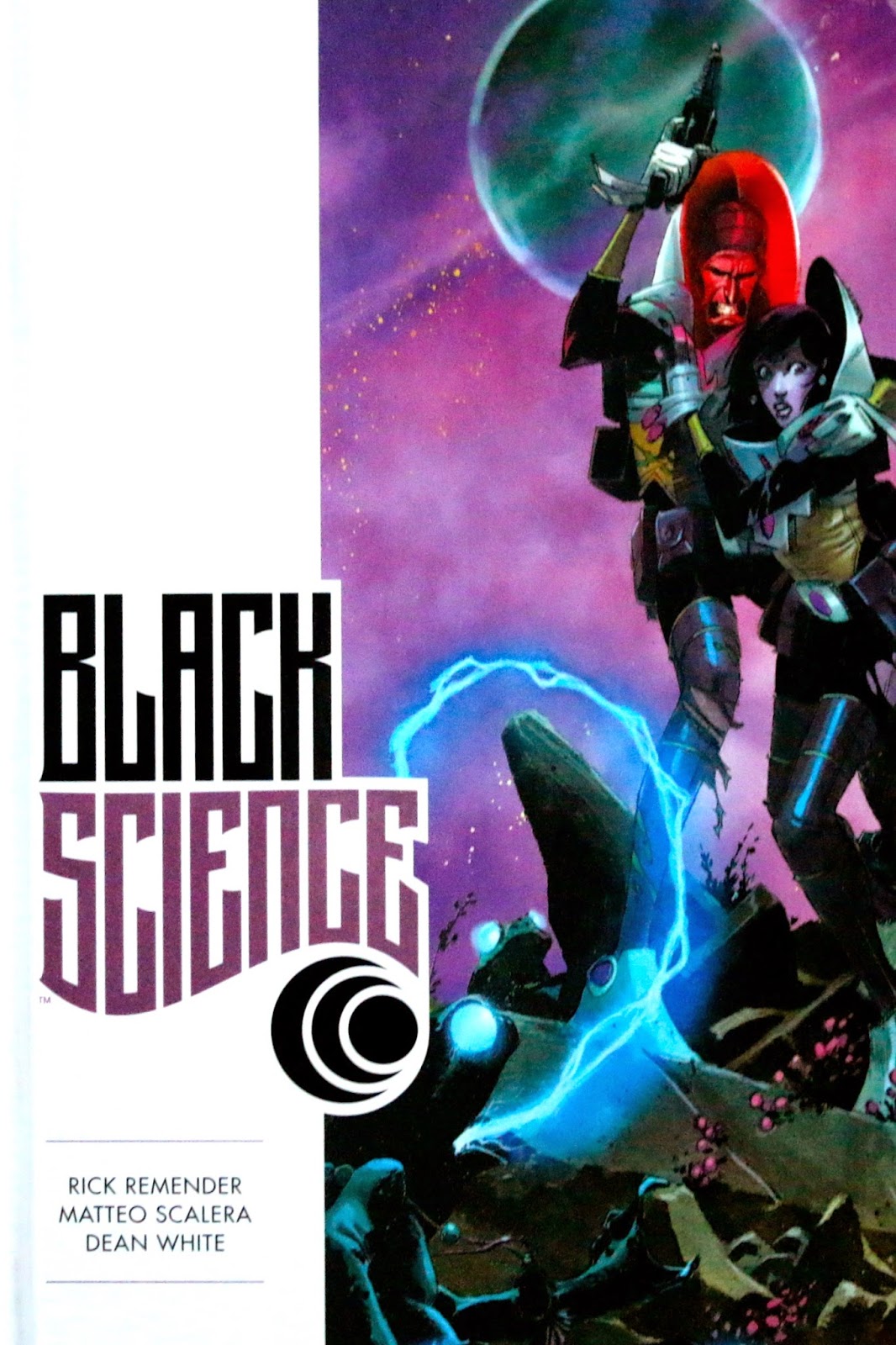 Black Science is about a team who invents a device that transports people to other worlds. They claim they want access to any and all resources to treat illness, but in turn they will be exposed to even more contagions and face a risk of encountering enemies. Someone ends up sabotaging their device so they have no control when or where they go next. People keep dying while they try to figure it all out.

Visually, this graphic novel was very difficult to follow, and in parts it was challenging in terms of reading as well. Two of the women and the little boy on the team look so much alike that it is hard to figure out who is who. The men don’t have very distinguishable features either, and on top of all that, everyone but one person wears a “space suit” with a helmet, making it very difficult to see who is taking. Making the suits different colors would have helped a great deal. Also, in some scenes it was difficult to figure out what was going on action-wise. For example, a large cabinet was falling on someone but I couldn’t tell what was happening until 5 frames later and he says he can’t lift it.

Overall, the story was not very exciting and I don’t have a desire to read any more.