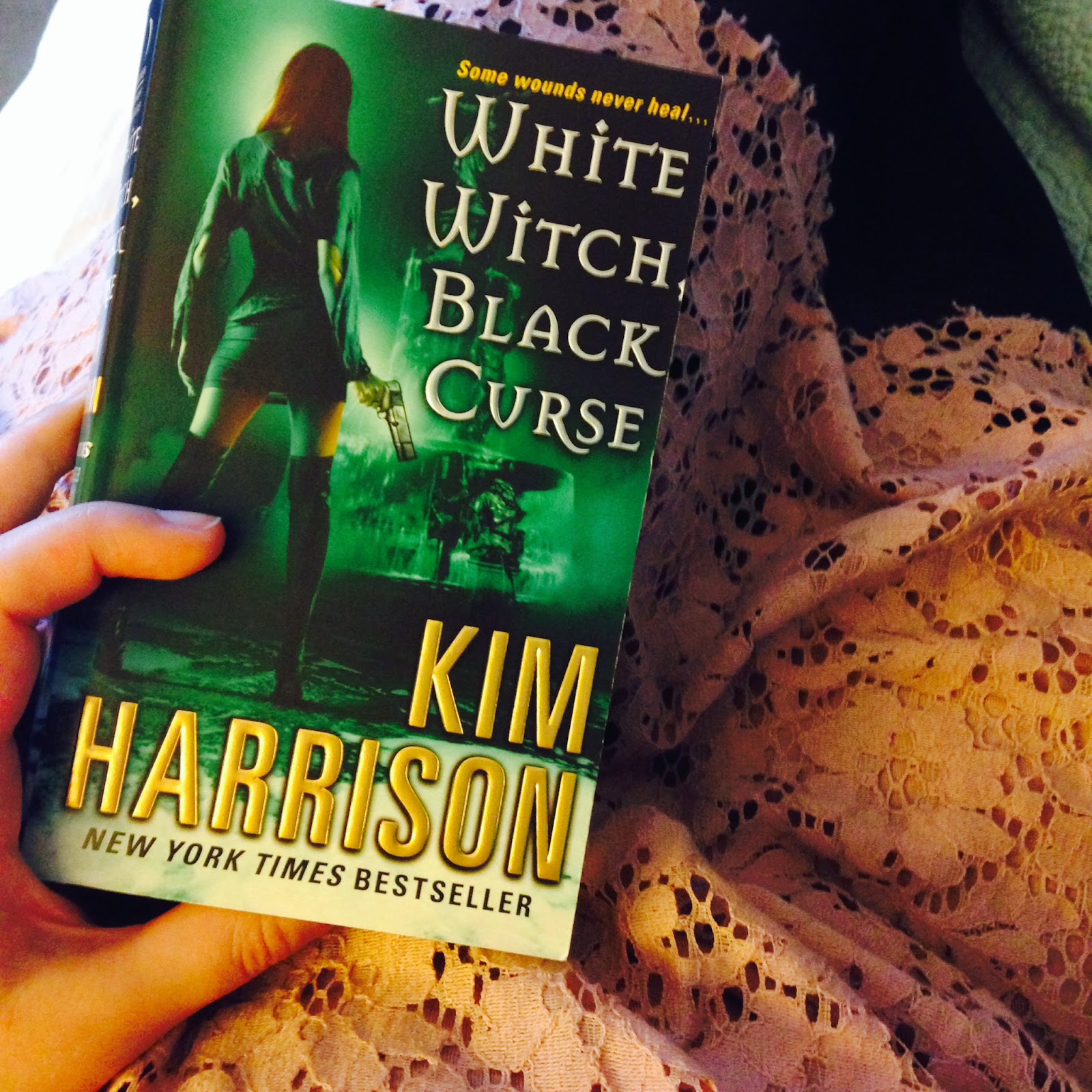 A few months ago I started to look for a new type of book to read (to be honest, I need filler between Gail Carriger’s books. She just can’t pop them out fast enough for me) and read a few duds before I found Dead Witch Walking by Kim Harrison. It came out in 2005 and the fact that it still had some of the early 2000’s cheesiness kind of put me off, but I could still see that it had potential. A week or so later I found the second book, The Good, The Bad, and the Undead, at my local used bookstore (God I love that place) and read about 1/3 into it before I put it down for a few weeks. I think I went to Europe in this time and there were two books I had been keeping to read specifically for this trip and wanted to read those, plus this second book hadn’t pulled me in yet.

Flash to early July when I pick up the second book again. Started reading. Never stopped.

All of a sudden, it hooked me. I don’t even know when exactly it happened, but from one moment to the next I developed the need to know what happened to these characters in their entirety. Now I love them as if I see them every day (well, I do…) and they give me those feels that make the inside of your arms ache with emotion.

If you’re still with me, I’ll tell you what the darn books are about. A witch, a vampire, and a pixy walk into a bar…

No really. That’s how the first book starts.

ANYWAY THESE BOOKS are about a witch, a living vampire, and a pixy who live and work together in an alternative-history present day version of Cincinnati. Rachel, the witch, struggles with balancing white and black magic, boyfriends, and her relationship with Ivy.

Ivy is the living vampire (not undead yet-she still has her soul) who battles with her humanity and bloodlust on a daily basis, trying to undo the damage done to her by the undead vampire who used to be her master.

Jenks, a pixy patriarch, lives with his wife and their 54 kids with Rachel and Ivy in an old church. Well, more specifically, Rachel and Ivy live in the church and Jenks and his family live outside in the stump in the garden. Except in the winter when they live in Rachel’s desk in the sanctuary. 😀 I think Jenks&family are my favorite parts of the books because such life and spunk are given to all members of the family. It makes me with they were human-sized and not 4″ tall so I could hug them all.

The books show these three main characters interacting with other vampires (living and undead) and witches as well as demons, elves, humans, trolls, banshees, ghosts, weres, and more.

Kim Harrison’s writing is such that you will find yourself celebrating the success of these characters as well as mourning their losses along with them. The only negative thing I can think of is the outdated/cheesy writing style, but that definitely gets better as the books go along. One thing that seems to set these books apart from the other paranormal stories out there is that Kim includes a wide variety of supernaturals rather than the traditional human, vampire, werewolf trio (or a combo of them) that many stick to.

I just finished book 7 (pictured above) and am giving myself a few days in-between to recover from each book. And by recover I mean that I’ve been reading the two prequel graphic novels and the Hollows Insider book that gives so many more details into this world. I think all book series should have one of these!