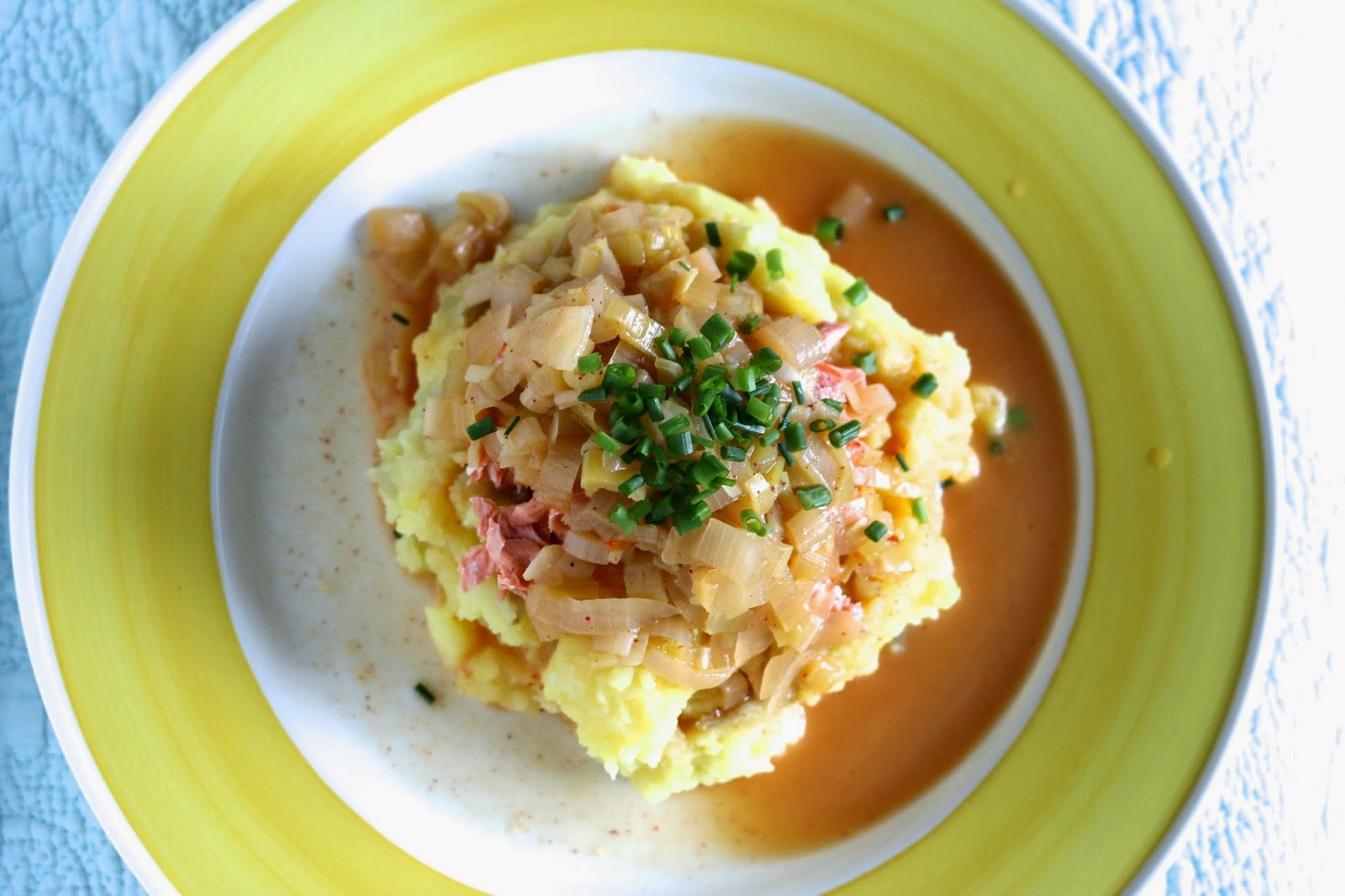 I finally did it. I made the dreamy Salmon with Leek Fondue and Saffron Mashed Potatoes from Disney World’s Be Our Guest Restaurant that I had a year and a half ago. Woah, that sentence had a lot of capitalized words. 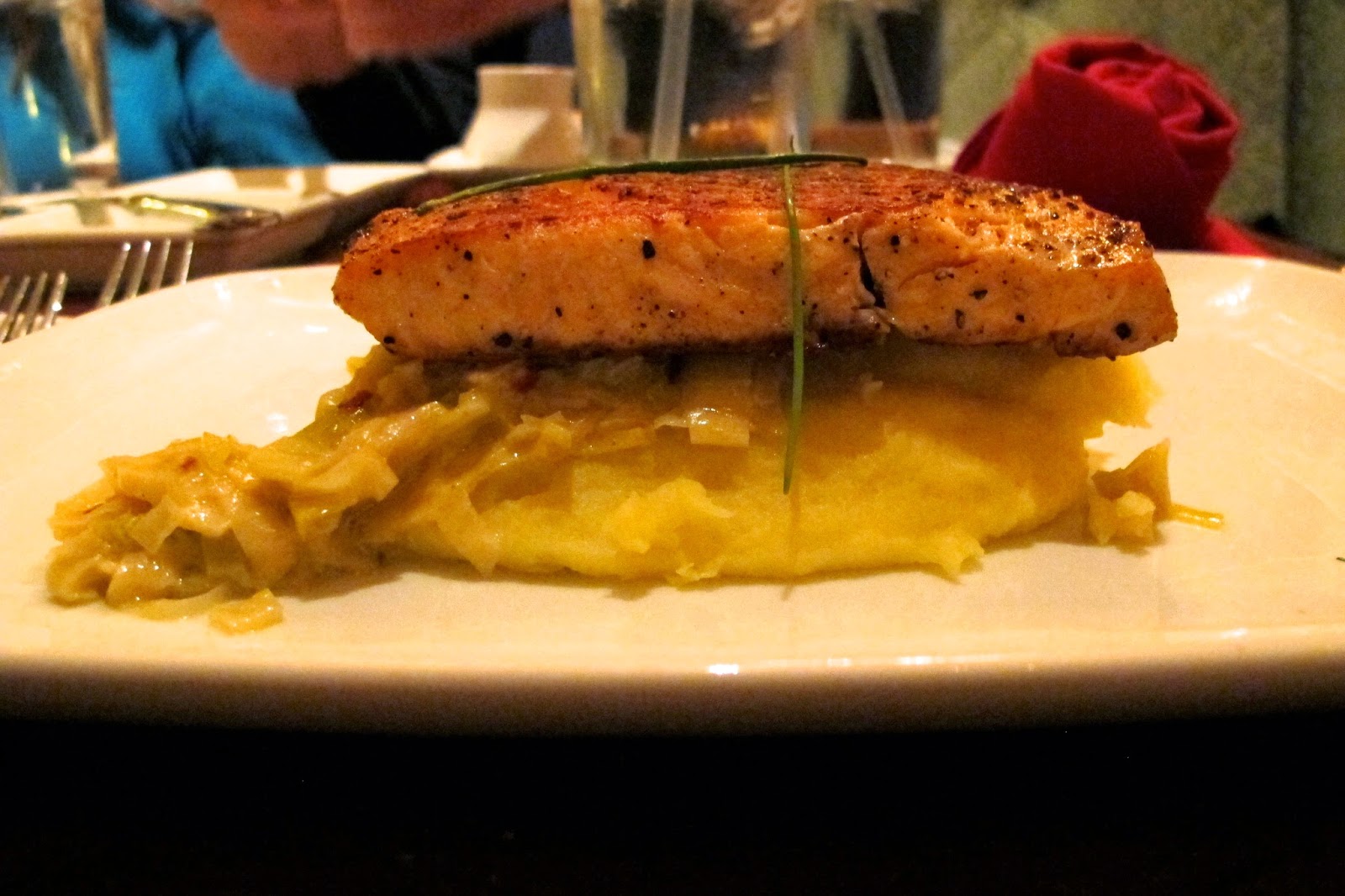 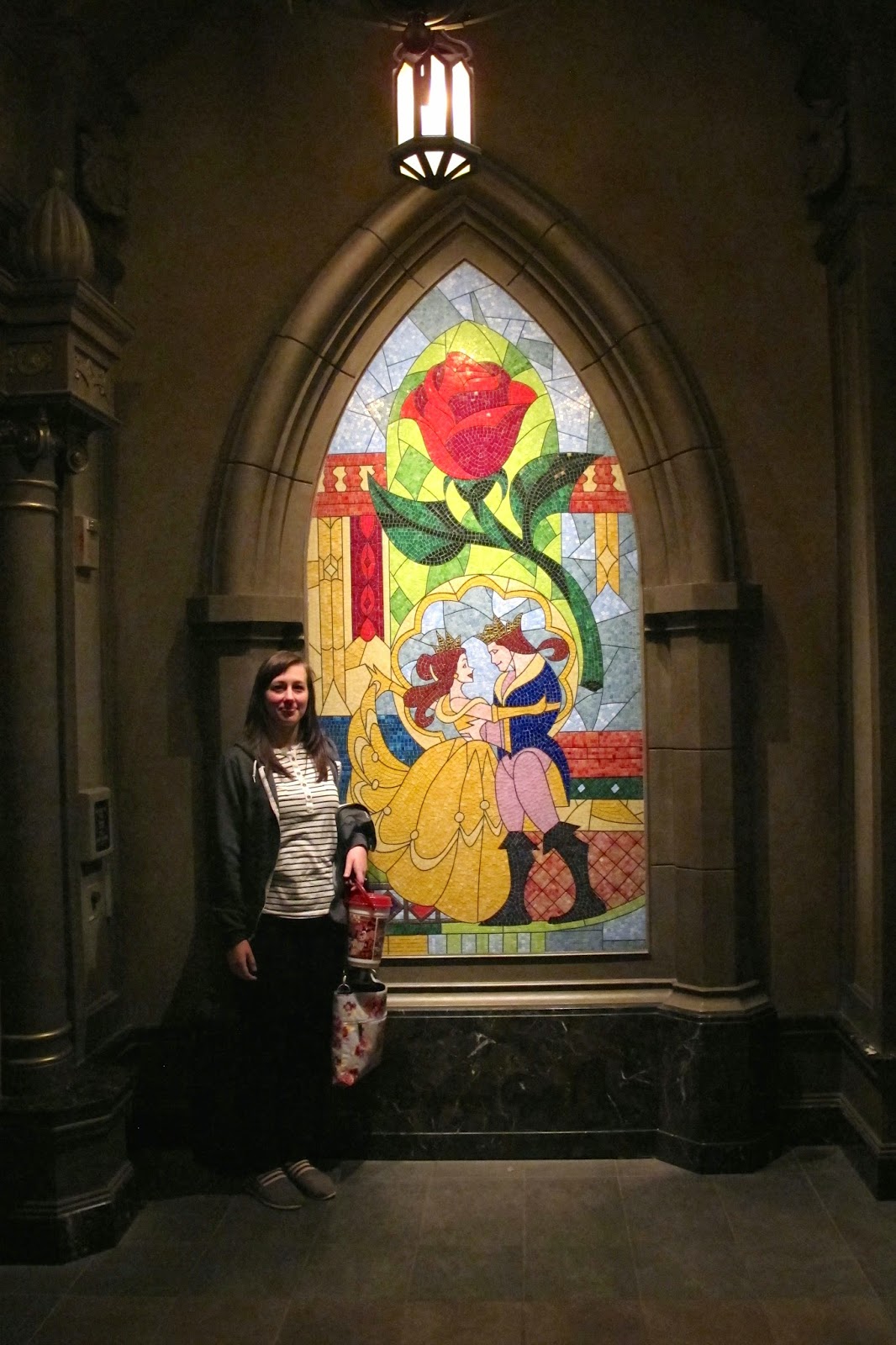 Me in the Beast’s castle!
I don’t remember if it tastes the same (being a year and a half since I’ve had it) but I remember loving it at the restaurant and I loved this recreation.
I adapted it from this recipe and upped the serving size by a bajillion. Joe ended up eating it all (aside from most of my portion), so it only served two in our case.
I got pretty scared when I added the leeks, orange juice, chicken broth, and chili powder together. It smelled very gross and I was worried it was going to fail. Thankfully I stuck it out and believed in the magic of Disney, knowing it would never let me down.
It didn’t. 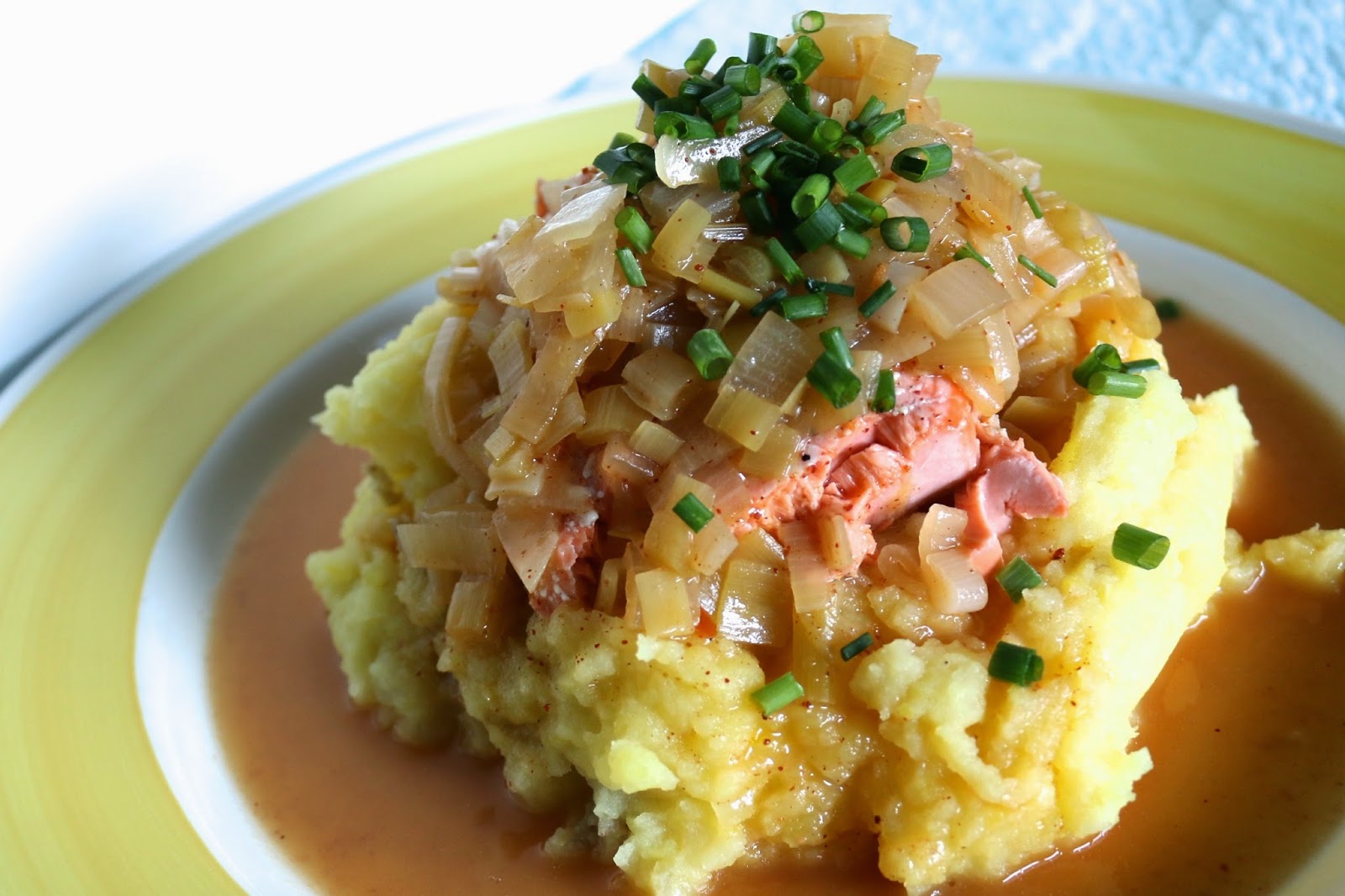 P.S. Did you notice my yellow plate for Belle? 😉

Salmon with Leeks and Saffron Potatoes