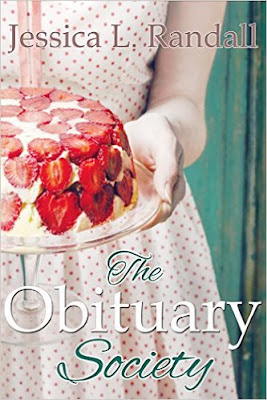 I was completely blown away by The Obituary Society. The title and the cover first attracted me to the book; the title feel kind of morbid (always nice) and the cover embodies what summer in the south is to me and also something I am craving in the very center of my being in February in the Pacific Northwest. I picked it up a looong time ago when it was free on Amazon and it just took me this long to get around to reading it.

This book follows Lila Moore. She has temporary moved back to Auburn, Nebraska to tie up her grandfather’s affairs after his passing. She’s staying with her great aunt, Ada, and they are both enjoying getting to spend some time together. Right away this seems the perfect “book next door.” It’s a smooth read about people you instantly care about. At the beginning a supernatural element (but not too crazy, believable and along the ghost or poltergeist vein of “supernatural”) is introduced and instead of obsessing about it the entire book, it kind of takes the backseat during the ride. At first I thought it weird but if you think about it, it totally makes sense. If something really weird happened to you, you’d probably accept it after not getting any answers and move on. It also has a great reading speed. It is pretty laid back but at no point in the story do you feel bored or like things need to speed up. Somehow, amazingly, this book seems to have the perfect book formula. 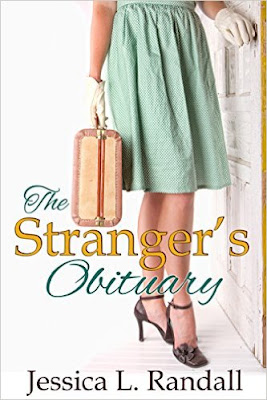 The Stranger’s Obituary is book two in the series. When I first found out that there was another book I was super excited, then when I found out that it follows another story line I was massively disappointed. I generally don’t like to spend a whole book getting to know and love characters then not getting to hear as much from them going forward. I got the book anyway (I borrowed free through Prime, though I would have bought it if borrowing wasn’t an option) and I am so glad I gave it a chance. In The Stranger’s Obituary, Mina is our Main character but we also get to read from the point of view of her sister, Bernadette (also a movie star), a diner-owner, Doug, and a few other characters. The POV switch was nicely done and there was no unnecessary overlap. Mina wakes up one day to find that her sister has shown up unexpectedly after 8 years of no contact. We see them work though their differences, find out why Bernadette left Auburn to begin with, and find out what makes Mina so special.

I really cannot express how much I enjoyed these books. The only thing I can think of to compare them to is Charlaine Harris’s “Midnight, Texas” books; they are both slower reads- maybe slow isn’t a good word. Laid back? Southern? I dunno, but I like them. Harris’s books definitely have more mystery and more of a supernatural feel and element to them and The Obituary Society novels have a more real-life feel to them.