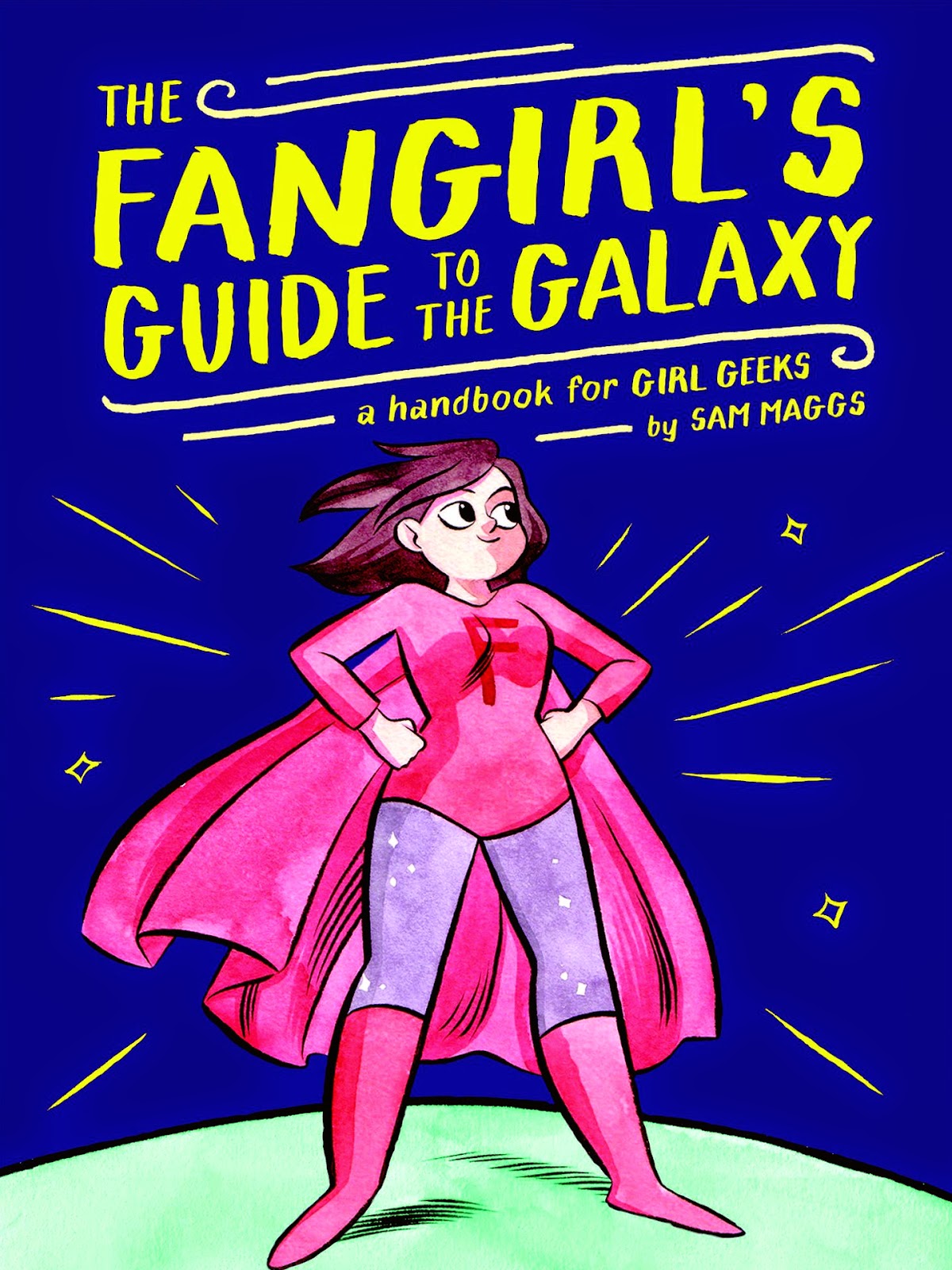 When I found out about this book and discovered it was available on NetGalley for review, I was so excited. I imagined it being a next-level guide for fangirls who like a bunch of nerdy stuff already but wanted some direction on getting to the next level. How it actually reads is like a book for preteens, most likely those who do not have nerdy parents and don’t know where to start. The Fangirl’s Guide includes a “field guide” to fandoms with everything from Harry Potter and LOTR to manga and comics. Maggs has a dictionary of sorts explaining words like “feels,” “spoiler,” and “squee;” basically words that anyone who has ever been on the internet would be familiar with. There are also words that I found very odd and have never heard a human being use, like “stan/stanning,” “shipping,” “GPOY,” and other combinations/shortening of words that may appeal to the type of person who uses “perf” or “totes” in a non-joking way.

There are interviews from several geeky ladies, which are kinda neat, but unfortunately the same questions are asked to everyone and most of the answers tend to echo each other on some level. Chapter three, “Geronimo! How to Survive Conventions,” is actually pretty awesome and I wish I would have read it before ECCC this year. Maggs lists popular conventions with various themes throughout North America, what to expect at a convention, and general info for someone who doesn’t have a lot of con experience.

Don’t get me wrong, this is a fun read (if undyingly peppy throughout) and chances are there’s something in the book that would be new information to any given reader, but I think this book was seriously mis-marketed. With a little cleaning up, The Fangirl’s Guide to the Galaxy would be so, so perfect for kids aged around 10-14, and with a few more changes it would be great for boys too. I think it would be great for boys as-is, but if taken to school it may provoke some teasing from less open-minded kids. But hey, there’s a “how to handle trolls” section for that!

I received a free electronic copy of this book from NetGalley in exchange for an honest review.