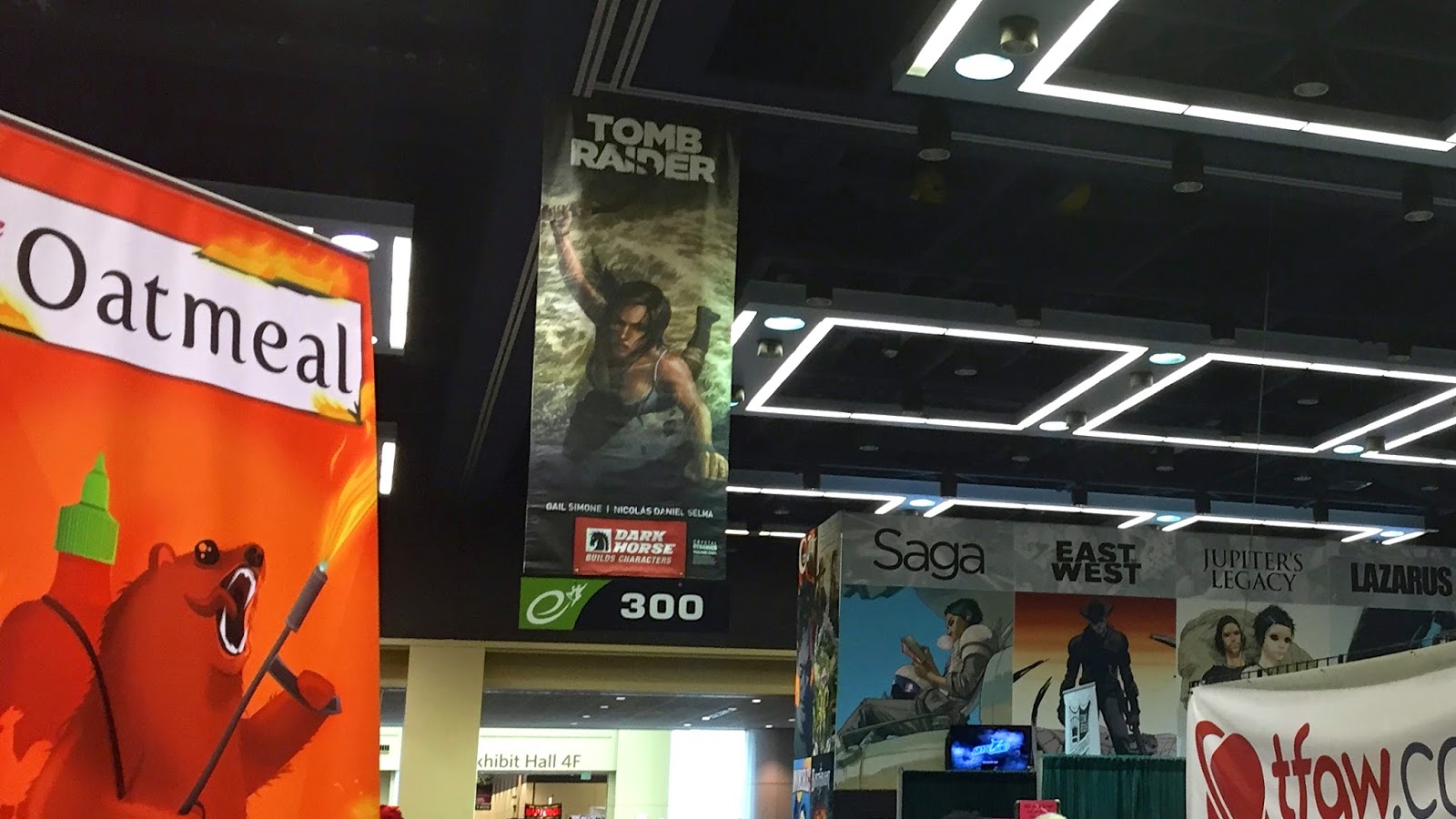 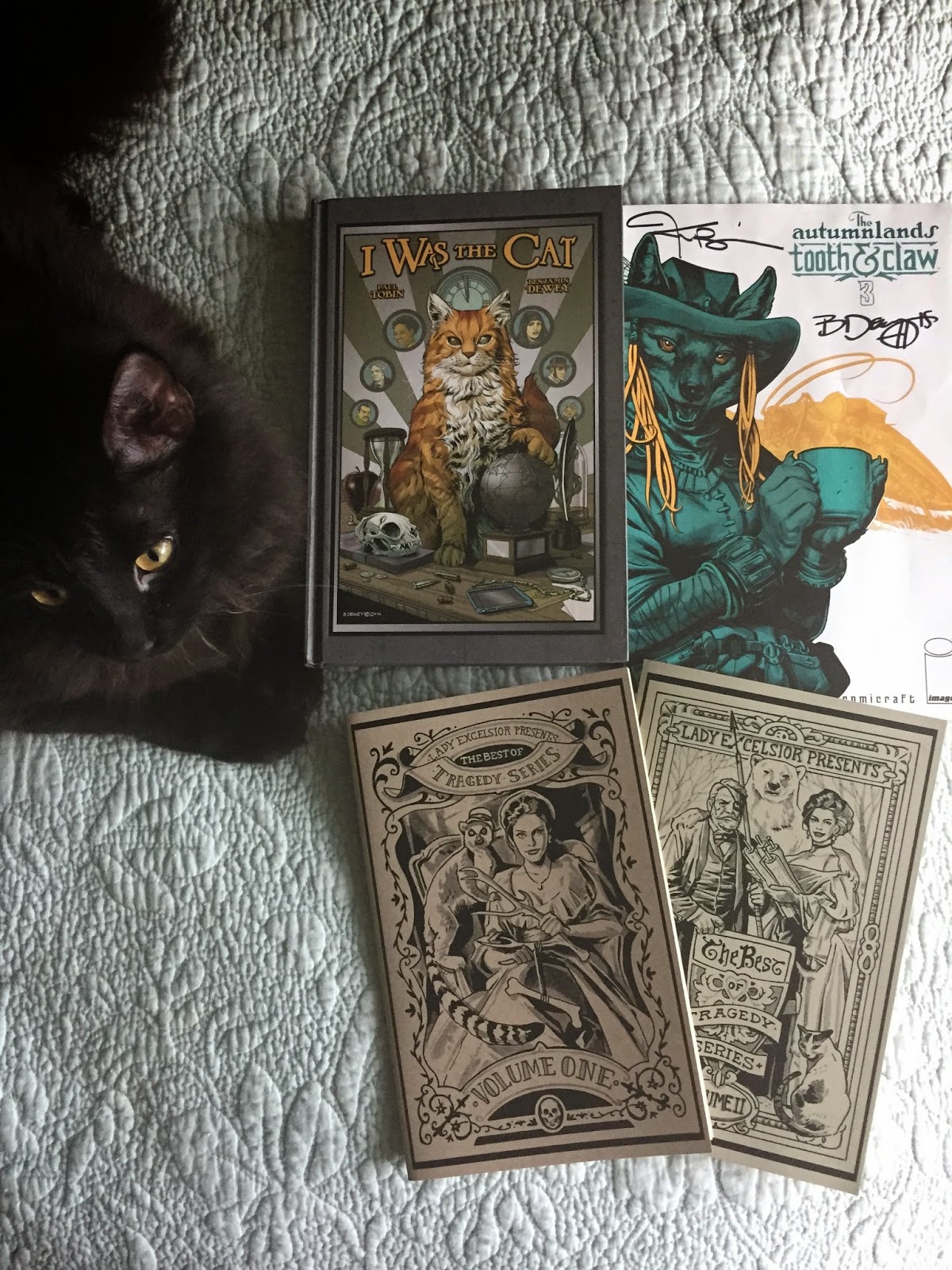 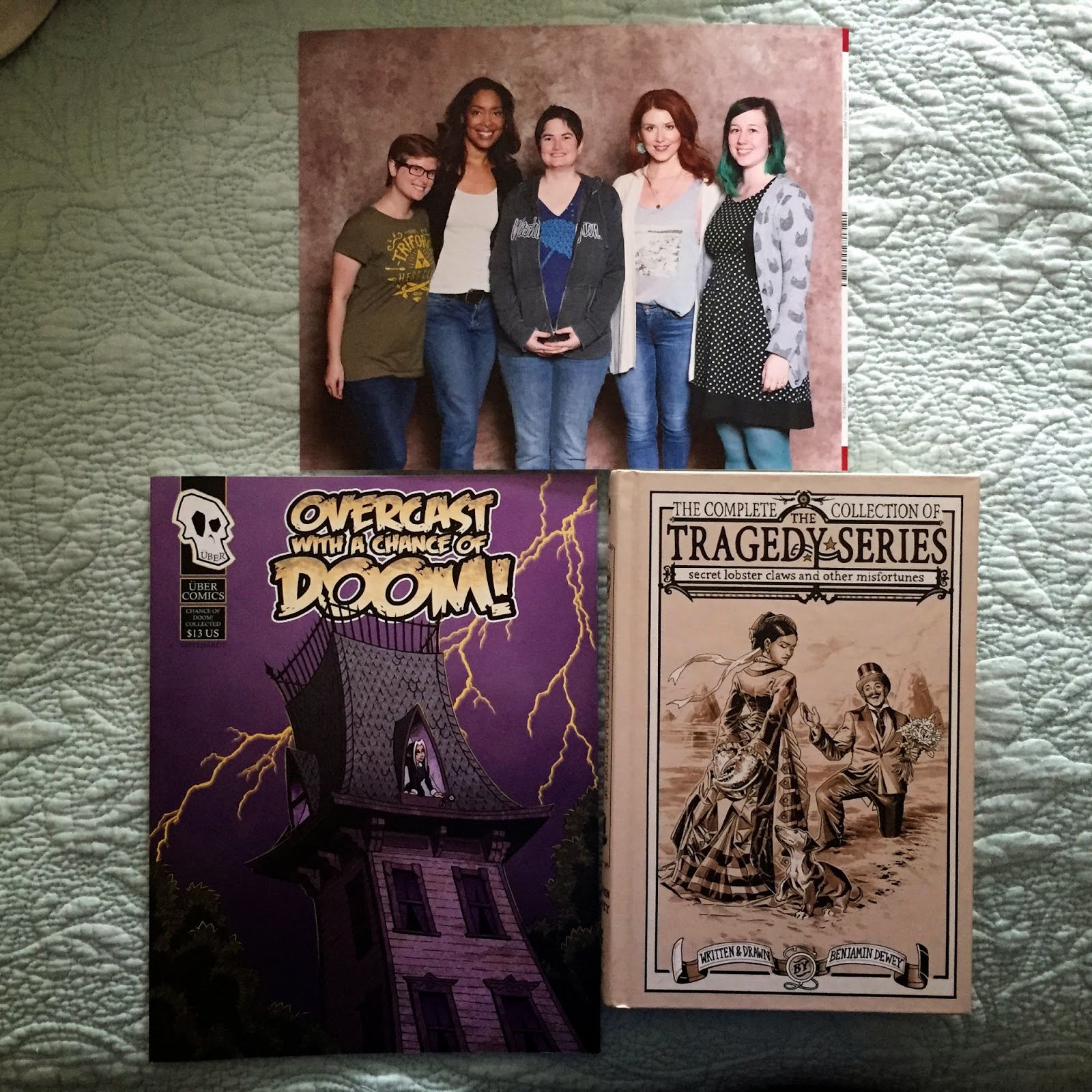 On Friday, before I met up with (other) Jessica, I bee-lined it to the Boom!Studios booth to pick up a copy of the Lumberjanes TP that I have been so eager to read. Once I met Jessica outside and reentered, we stopped by the Karen Hallion booth that was exactly at the beginning and we picked up some prints (me, Belle with the Tardis). I went to Kurtis Wiebe’s table to get my Rat Queens trade signed and he magically knew my name from Twitter (!!). I stopped by the Shutter tables to get my Shutter trade signed by Leila and Joe. We wandered around Artist Alley before her 1:15 photo op with Grant Imahara. I waited in line with her for that and then we went to the Comixology panel “Comics: Where to Begin?” It was okay, I had already heard of most of the comics mentioned. At 3:30 we went to the “Image Comics Presents: Art!” panel with Benjamin Dewey (Autumnlands) and Leila Del Duca (Shutter), among others, and it was so, so awesome and inspiring. The coolest thing I brought away from that panel is that often an artist’s “weakness” is actually their style. Neat to think about. At 4pm was our photo op with Alex Kingston. She is absolutely magical. I said, “You are so wonderful!” and she replied with, “Oh darling, you are!” DARLING. GAH. I creeped the Image booth and picked up the Sheltered trade and called it a day. 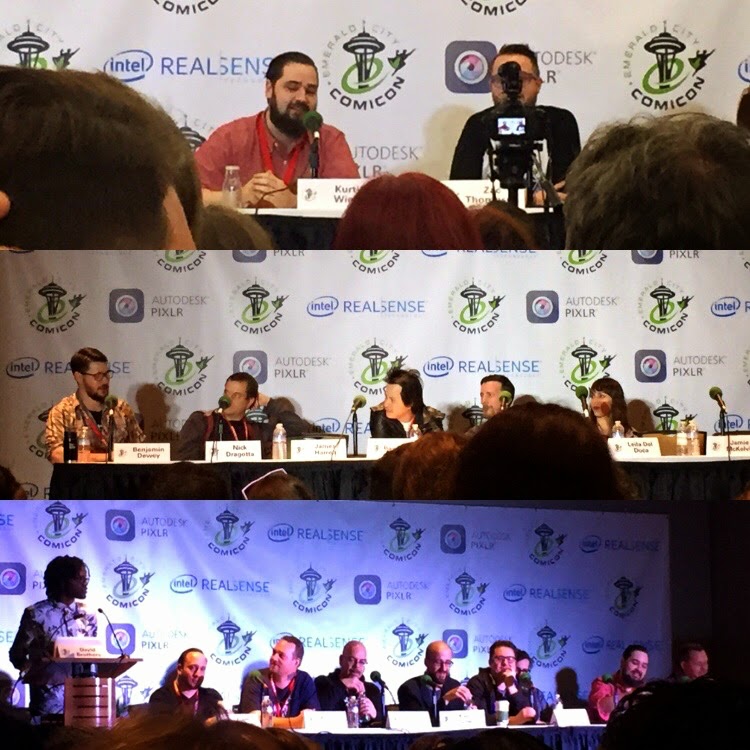 Saturday was a solo day for me and I made it to the convention center in time to go to the “Image Comics Presents: Your New Favorite Comics” panel with (notably) Matt Fraction (Sex Criminals) and Kurtis Wiebe (Rat Queens). It was hilarious and awesome and I heard a lot of good ideas and things in general from those on the panel (others were Greg Rucka, Frank Barbiere, Kieron Gillen, Brandon Graham, Joshua Williamson, and Rick Remender). I combed through Artist Alley and came upon Benjamin Dewey’s booth. He is ridiculously nice and I when I told him about how much I like his illustrations, I am new to comics, and how the cover of Autumnlands issue 3 drew me to that comic, he said, “Well since you’re new to comics, take these!” and handed me volumes one and two of his Tragedy Series. I liked them so much I went back the next day to buy the full Tragedy Series book. I also bought “I Was the Cat.” The Rat Queens panel at 3:30 with Kurtis Wiebe was awesome and I’m glad he mentioned the issue of parting ways with the original artist and getting a new one. While I still love the comic, I feel that it is lacking in not having the original artist. Throughout the day I kept checking the Matt Fraction line to get Sex Criminals Vol 2 signed by him and Chip and I kept getting turned away due to the line always being full. Finally at the end of the day I just stood there until room in the line opened up and made it through! Matt was really nice and thanked me for waiting in such a long line. I bought the Catleesi and Purrlock prints from Jenny Parks that I have been pining over since last year at ECCC and a murlock Funko from the Game Stop booth ^.^ 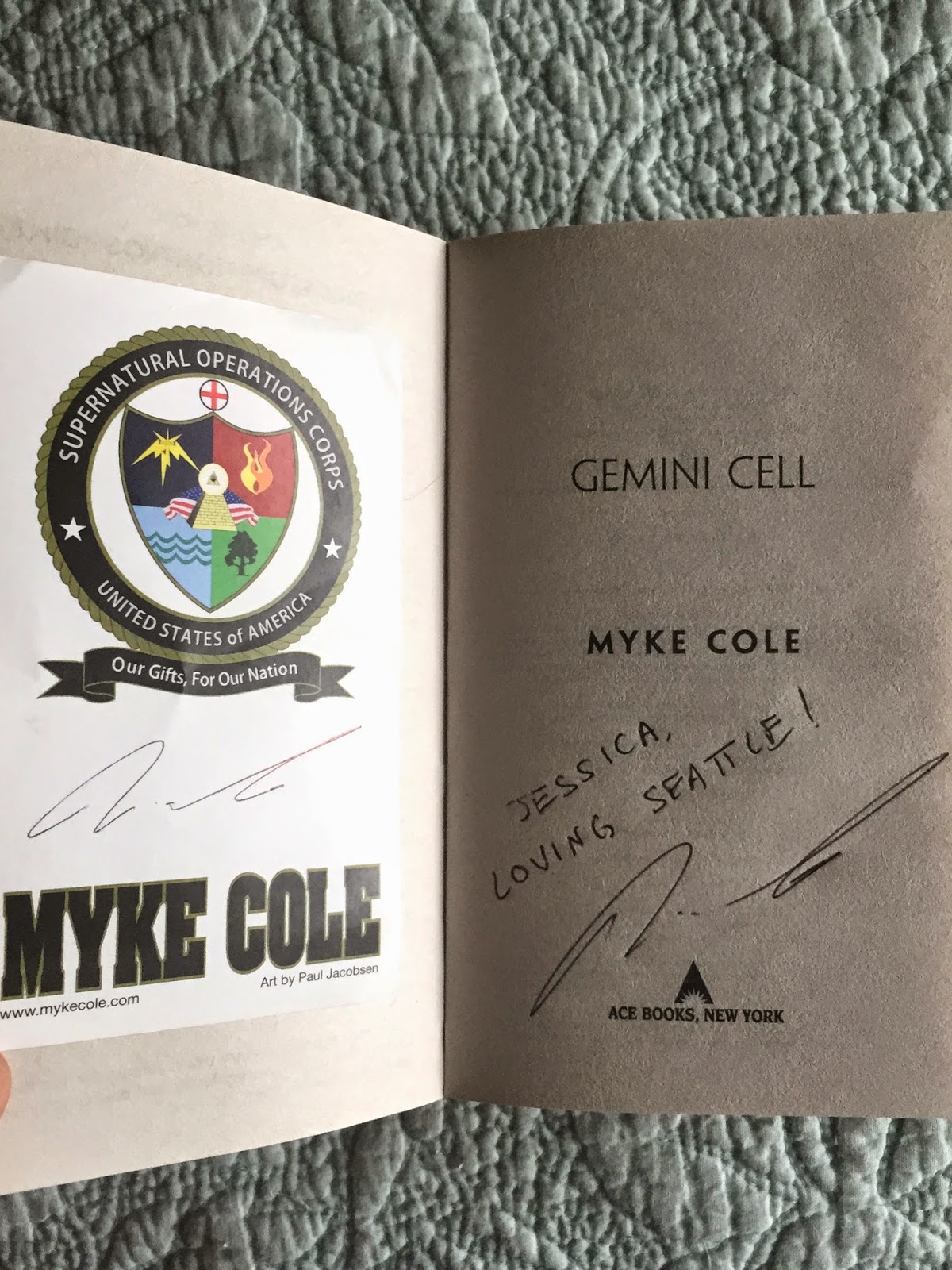 Sunday…. I was pretty done by Sunday but was glad to have the opportunity to go back and get Benjamin Dewey’s Tragedy Series and I haaaad to go because I prepaid for a Firefly photo op with Gina Torres and Jewel Staite. They were both reeally nice. I also happened upon the “Overcast with a Chance of Doom” comic and can’t wait to dig into it. Gently. On Sunday I was joined by my dear friend Amanda. It was so fun to share this world of comics with her and I think I may be converting her over, buahahah. 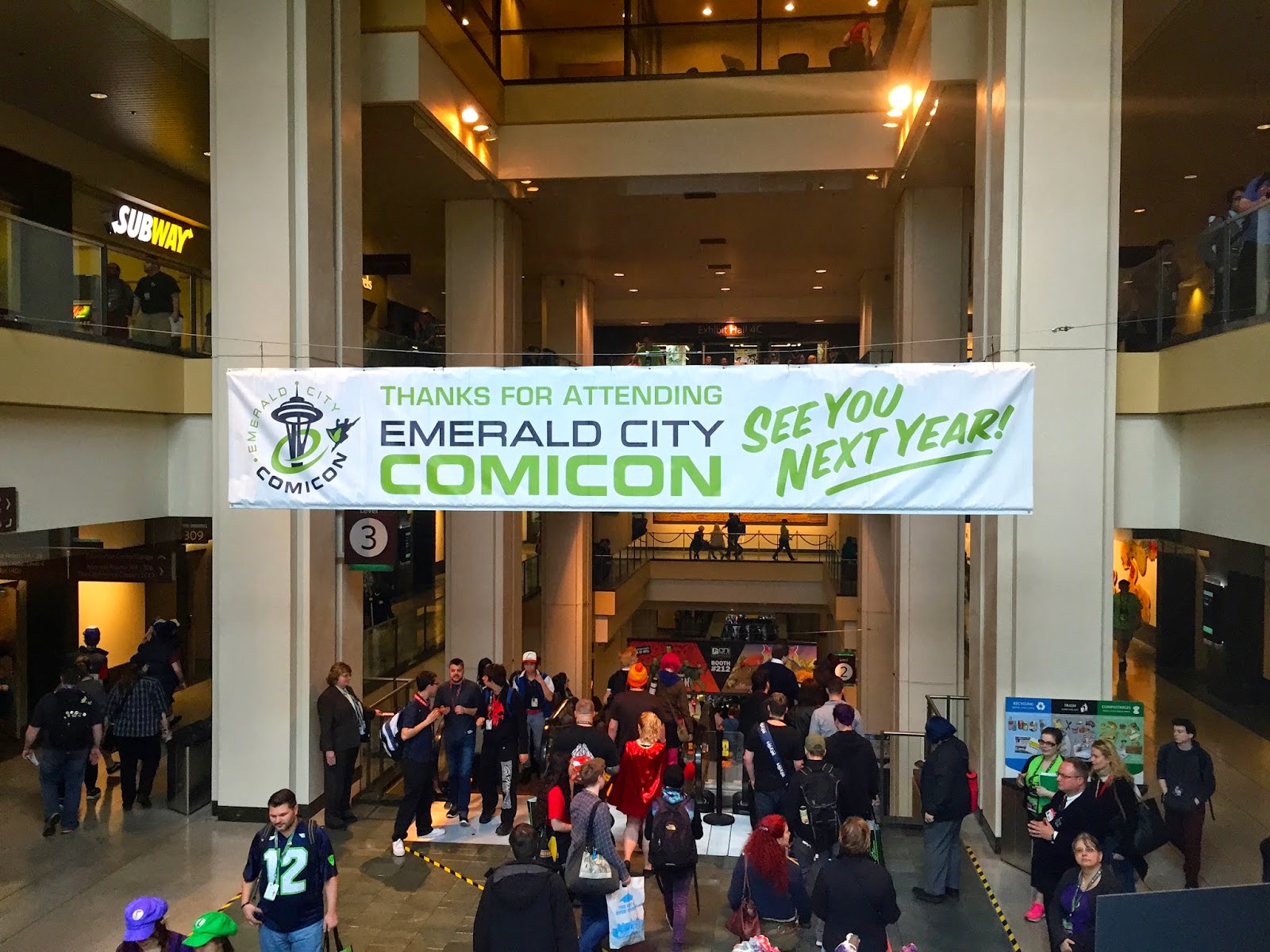 ECCC in 2016 is going to be four days. I am thinking I will try to go Thursday and Friday because this year Friday seemed to be the least busy. I picked up a few fun things for a giveaway so keep an eye out for that within the next few days!