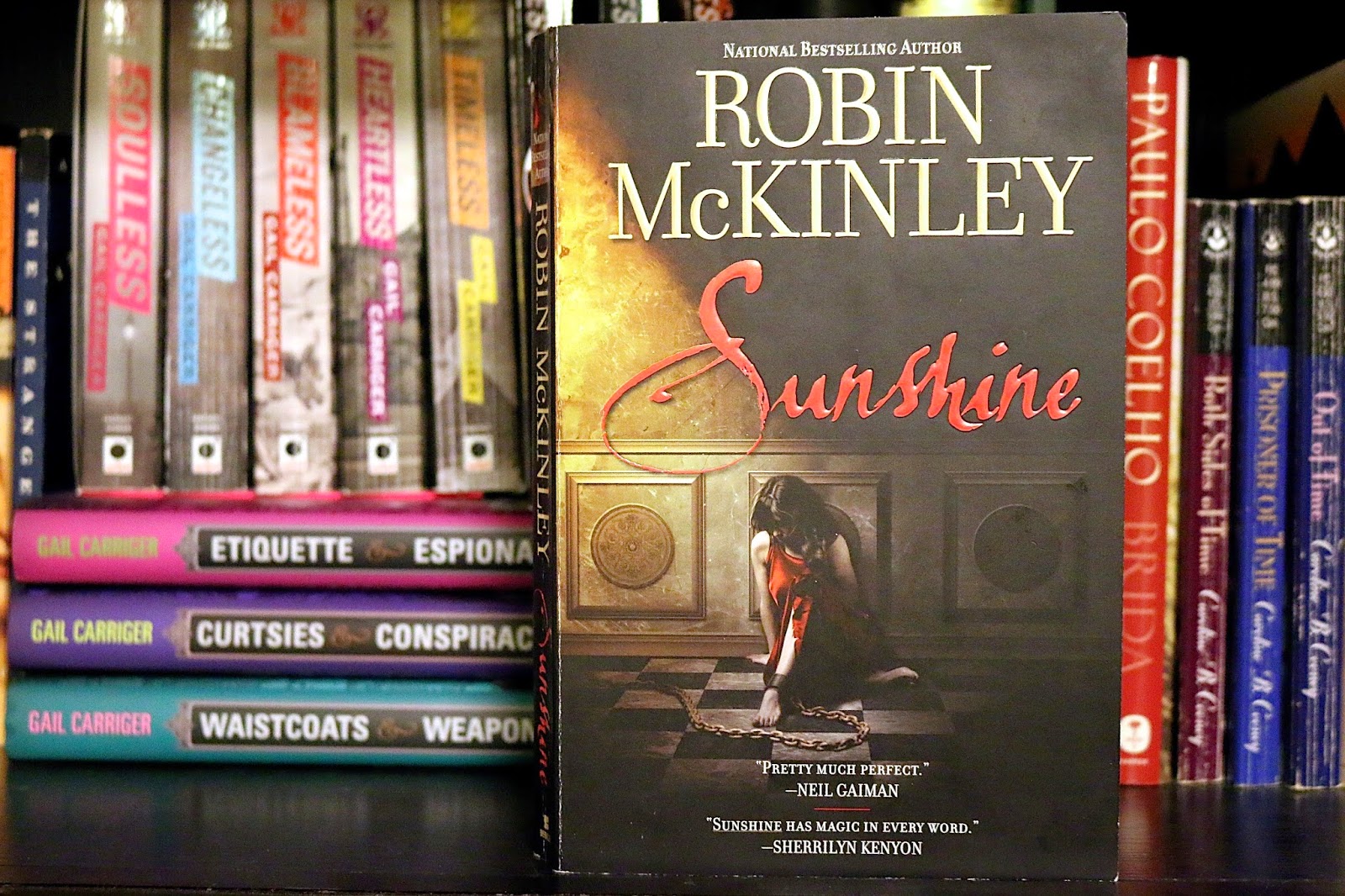 Sunshine is different from many of the books I usually read for many reasons, but the most basic of them is that this is a stand-alone book. After all the series I read, especially lately (the Hollows followed by Jane Yellowrock), this is a nice change of pace. I don’t have to worry about how I’m going to fit 10 more books on my already-overflowing shelves or how I will find the time to read those 10 books that I can hardly put down long enough to shove some food in my mouth or collapse on the bed after another night staying up too late to read.

After this book was recommended to me by a friend and the crazy cat lady bookstore owner of my neighborhood used book store, I picked Sunshine up at Powell’s when I was there last September.

Sunshine is about Rae (“Sunshine” to most), a 25-year-old baker who lives in a world post-Voodoo Wars, where humans and the “Others” fought. Humans won, for now. Anyway, she ends up getting kidnapped by vampires and meeting the other abductee, Constantine. They enter into cahoots to escape and wind up forming a closer bond than either of them ever expected, much less one they didn’t know could ever exist. It’s the first time anyone knows of where a human and a vampire have any sort of relationship that doesn’t involve death or blood sucking.

The biggest issue I have this this book would be the tangents that the narrator goes on much too often. They are in the most awkward places. For example, she will be asked a question that prompts more background into their world and instead of answering the question then giving background, the narrator goes into background for a page and a half then answers the question. By that time I don’t even remember what the question was and I have to go back to look. This happened often enough to be annoying. On the technical side, there seemed to be either too many or too few commas in any given sentence. It didn’t make for fluid reading and was pretty distracting.

Even with these issues, I very much enjoyed this book and found it difficult to put down. The world building is done well and while I don’t feel there are unanswered questions per se, there are things that were left open. Since we know there won’t be a sequel, it may make for some great fanfic.